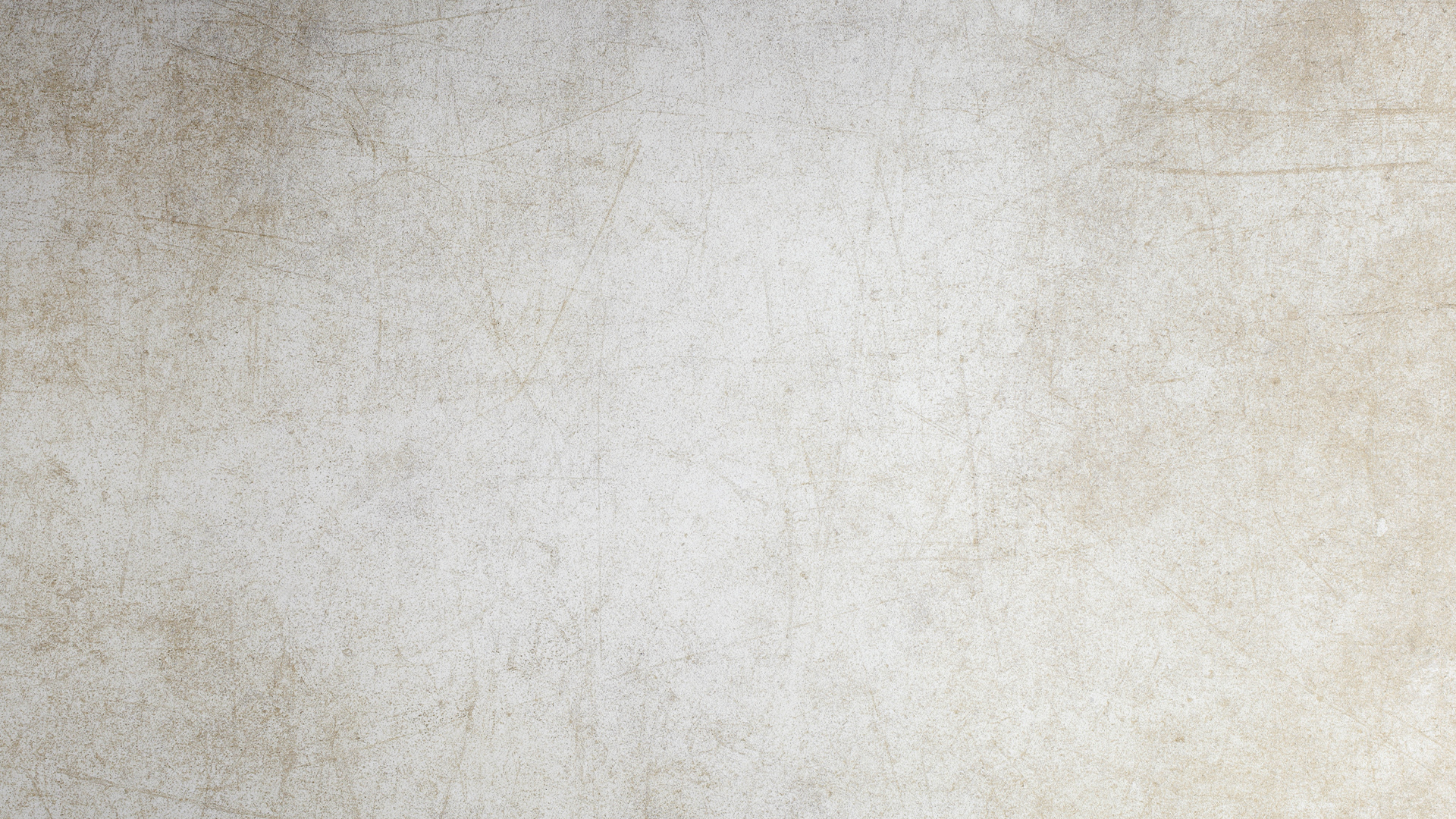 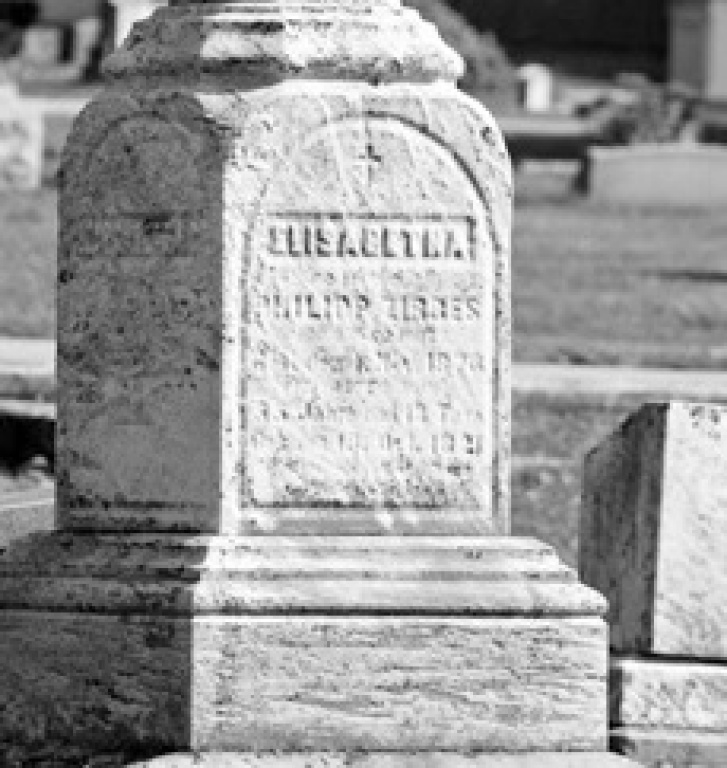 Our blessed Catholic burial grounds in Racine can be traced to 1842, when the city's first Catholic parish, St. Luke's, purchased land near the lakeshore for its first cemetery. The old St. Luke's Catholic Church was organized in 1842, located on Fifth Street between Wisconsin Street and College Avenue. St. Luke's Cemetery was on a parcel between Wisconsin Street and College Avenue, from Thirteenth to Fourteenth streets. Burials occurred at St. Luke's only until 1854, when all of the remains were disinterred and moved to a new Catholic cemetery on Kinzie Avenue just north of the city-owned Mound Cemetery. 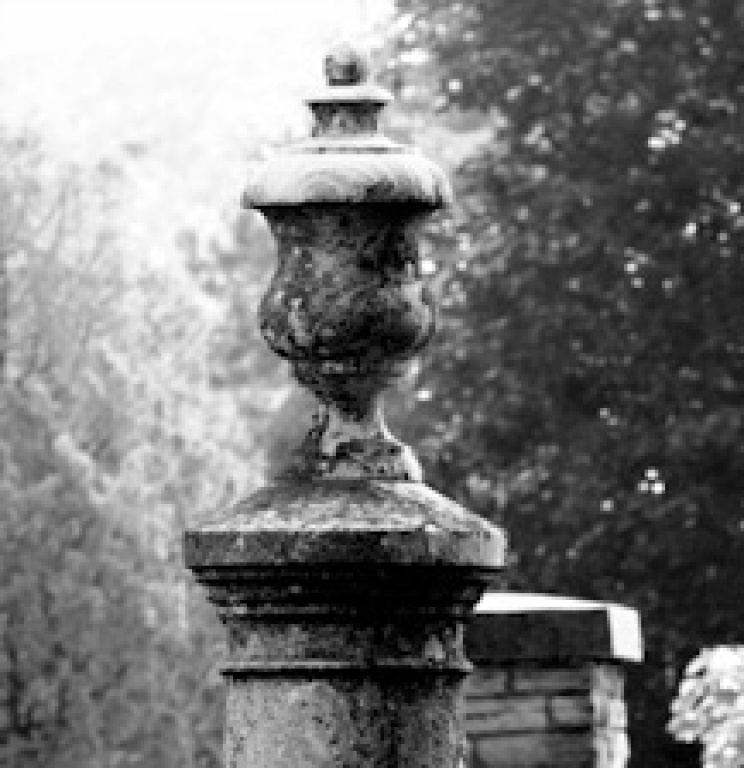 Prior to the establishment of St. Luke's, Catholic worship took place in private homes, attended to by a Catholic missionary priest, Rev. Thomas Morrissey. In the early 1840s, the Catholic pioneer population was growing rapidly. St. Luke’s parish quickly outgrew its small church building, and a much larger edifice was built at the corner of Eighth Street and Lake Avenue in 1845. St. Luke’s was then closed and its property sold. The new parish was called St. Ignatius.

Despite two additions to the building at St. Ignatius, space was still at a premium. In 1852, Racine's German Catholics founded their own parish and built St. Mary's Church at the corner of College Avenue and Eighth Street. St. Ignatius could not support the growing number of English-speaking Catholics in Racine for very long. A new church, St. Patrick's, was built north of the Root River in 1856. St. Ignatius held its final Masses in May 1862. 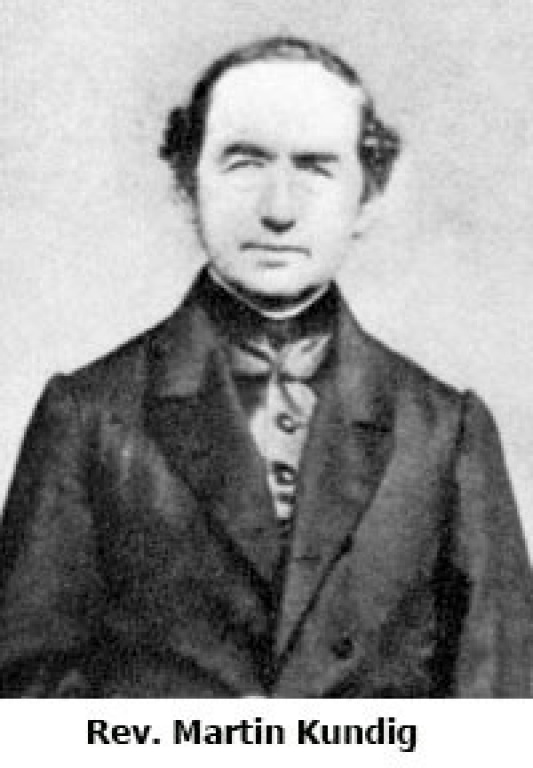 On Oct. 10, 1853, the Rev. Martin Kundig – one of the first priests to preach in Racine – helped purchase 12 acres of land along Kinzie Avenue for the establishment of two Catholic cemeteries. The western half of that land, purchased from Norman Clarke, was used to establish St. Mary’s Catholic Cemetery. The eastern half, purchased from James Kinzie, was used for Calvary Cemetery.

St. Mary’s served the German Catholics and Calvary served the Irish and other English-speaking Catholics of St. Ignatius and later St. Patrick and St. Rose. The original purchase price of the land was $100 per acre. Father Kundig received permission from Milwaukee Bishop John Martin Henni to found these cemeteries.

“The grounds are well shaded, have good care and are being beautified more and more every year,” read the description in the “History of Racine and Kenosha Counties,” published in 1879. “The ground is owned by St. Mary’s and St. Patrick’s Catholic Churches, is open to all Catholics in the city, and is under the care and charge of the clergy of the three Catholic congregations. Philip Zirbes is the sexton.” The Catholic cemeteries had similar numbers of burials in those early days to the city-owned cemetery. For instance, in December 1858, there were three adults and four children buried in the Catholic cemeteries, while neighboring Mound Cemetery had 10 burials.

Six more acres were added to St. Mary’s Cemetery in October 1898, bringing its land holdings to 12 acres. In October 1902, the cemetery was incorporated by Archbishop Frederick Xavier Katzer, and in November 1902, the land was solemnly blessed.

In September 1905, Calvary purchased 11 more acres to the north to bring its total land to 17 acres. Calvary incorporated its cemetery association in 1912. During the first 60 years, some 7,000 interments were made at St. Mary’s and Calvary cemeteries. 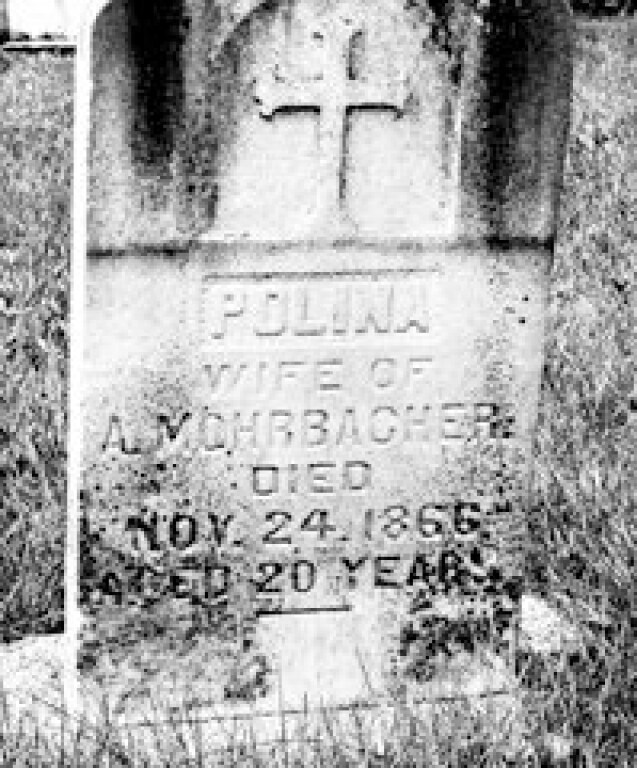 The Holy Family Cemetery, located just north of 5 Mile Road on Highway 31 in Caledonia, was established on Nov. 14, 1853, on land donated to Holy Family Catholic Church by Felix Haas. Many of those buried at Holy Family are related in some way to the original Haas family that owned the land. The adjoining Holy Family Church burned to the ground in April 1930, a structure fire believe to have been started by nearby burning grass. Established as a mission of St. Louis Catholic Church of Caledonia in 1856, Holy Family church was not rebuilt after the 1930 fire. But the cemetery, which had 150 graves at the time of the 1930 fire, has continued to serve the community ever since.

In the late 1920s, it became apparent that available space in the Catholic cemeteries on Kinzie Avenue would not serve the community indefinitely. Catholic pastors and the archbishop were concerned that steps be taken to ensure there would always be viable Catholic burial ground. At the time, private, secular cemeteries began operation in the county. There were 12 Catholic churches in the Racine area by 1930: Holy Name, Holy Trinity, St. Casimir, St. Edward, St. John Nepomuk, St. Joseph, St. Mary, St. Rita, St. Rose, St. Patrick, St. Stanislaus and Sacred Heart.

Archbishop Sebastian Messmer assigned Rt. Rev. Msgr. Bernard Traudt, vicar general of the Archdiocese of Milwaukee, to assist in establishment of a new Catholic cemetery for the Racine area. Msgr. Traudt  had more than 30 years of experience overseeing Milwaukee’s Calvary, Holy Cross, Mount Olivet and Holy Trinity cemeteries. In July 1929, a meeting of Racine's Catholic pastors was held at the rectory of Holy Name parish. With substantial agreement on the need for new Catholic burial space, it was decided to move ahead with establishment of what would become Holy Cross Cemetery on Highway 32.

On Sept. 26, 1929, the new Holy Cross Cemetery Association was established. It included eight Racine parish priests, Archbishop Messmer and Msgr. Traudt. Land was purchased south of 5 Mile Road and west of Douglas Avenue in Caledonia on Oct. 16, 1929. The new cemetery corporation absorbed St. Mary’s cemetery, which then became known as Holy Cross – Kinzie or “Old Holy Cross.” Calvary Cemetery remained under the control of the Calvary Cemetery Association of Racine.